(Meeting passengers) Passengers arrive at the Port of Belgrade (Karađorđeva Street, next to the Branko’s Bridge) at 07:30 a.m. Boarding till 07:45h. Aquastar Maxim cruiser departs at 08:00. Cruise starts from the famous Belgrade fortress towards Kladovo, passing by Smederevo, the confluence of the Morava and Danube rivers, medieval fortress Ram, in the area where the Danube is the widest in Serbia. Ram fortress was built in the late 15th century on the site which was later known as safe point for entering/exiting then occupied Serbia. Also, nearby is the oldest tourist cottage in the country. Cruise continues then to the Silver Lake and Veliko Gradište, passing Golubac Fortress where we enter the National Park Đerdap, also known as the Iron Gate. We cruise through the longest and deepest gorge in Europe, area of unique flora and fauna, where remains of one of the oldest European settlements can be seen. Passing Donji Milanovac, you will have the opportunity to visit the place where the Roman Emperor Trajan left a permanent imprint on the rock, known as Tabula Traiana. Arriving in Tekija after a 9.5 hour cruise. Short bus transfer to Kladovo. Accommodation at the Hotel “Aquastar Danube”. Dinner. Overnight.

Short drive to the village Vratna where you can see the three highest, nature made stone bridges in Europe, over Vratna River nearby this natural phenomenon, is the old Vratna Monastery which was built in the 14th century. The excursion continues, through the town of Negotin and arriving at the Rajac vineries. According to the official reports Rajac vineries consist of more than 160 underground objects. Vineries are well known for their high quality wines. After the tour of the vineries, lunch is served and wine tasting is offered. Arrival at the hotel.

Breakfast at the hotel and departure by bus at 9:00 am.
Visiting Djerdap’s Archaeological museum in Kladovo, whose exhibition covers remnants of different Danube cultures from prehistoric, Roman and medieval periods.  Next stop is Hydro plant Djerdap, built in 1974.y as the biggest project of the year in Europe. It significantly changed the position of the Danube River, the local villages as well as cultural and historical monuments that are located nearby. Driving along the Danube River towards Donji Milanovac, lunch break. Arriving at the archaeological site Lepenski Vir, which was known as one of the oldest European and world urban settlements, as well as culturally advanced for the Middle Stone Age period (6500 BCE). The journey continues on towards Belgrade, with a short stop at the Golubac Fortress. The fortress was built in mid-14th century, and was many times demolished and rebuilt as a border fortress between Serbia, Hungary and Turkey. This is where the official sightseeing and program ends and after a short drive, arrival in Belgrade is expected in the early evening. 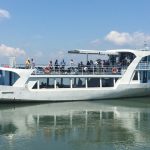 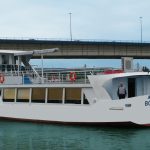 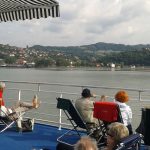 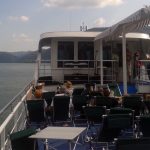 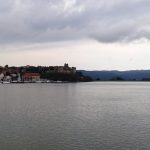 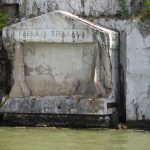 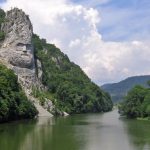 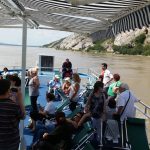 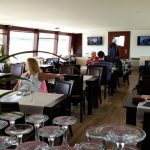 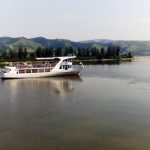 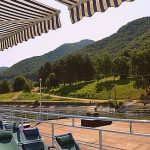 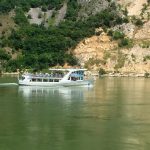