Departure from Belgrade to Despotovac – town located in central Serbia, around 130 km from Belgrade. It’s name stands from Despot, a title of Serbian medieval prince Stefan Lazarević. Passing Despotovac we will visit Park of miniature. In this Park you will be able to see all Serbian monasteries, made in scale 1:17 in relation to objects in the real size. Next stop, monastery Manasija, known as Resava too, since it was built on the right bank of the river Resava in a picturesque gorge consisting slopes of Mount Beljanice. Manasija complex was declared Monument of Culture of Exceptional Importance in 1979, and it is protected by Republic of Serbia. Manasija the endowment of Despot Stefan Lazarević, dedicated to the Holy Trinity, built and painted between 1407 and 1418 years, represents the mausoleum of the despots. Despot Stefan was the son of Prince Lazar Hrebeljanović, also known as Stefan the Tall. Stefan was leader, writer and patron of arts and culture. Knight of the Order of the Dragon, founded 1408 by Sigismund of Luxembourg, king of Hungary. The Order of the Dragon was monarchical chivalric order for selected nobility, with mission to defend Cross and Christianity. Monasteries School of Resava was well known for its manuscripts and translations throughout the 15th and 16th centuries, even after the fall of the Despotate to the Ottoman Turks.

After monastery we will visit the Resava cave, one of the oldest in Serbia. Some 80 million years old, with some of the older formations dating back around 45 million years. The temperature is constant at 7° C, while the humidity varies from 80-100%. The interior of the cave abounds in numerous and varied halls, channels, galleries, columns, stalactites, stalagmites, draperies and flowstone waterfalls. Total length of the cave tunnels is 4.5 km. Till now a bit more than 2km were explored, and 800m is accessible to visitors. We continue trip to the waterfalls Lisine (Veliki Buk), where have we will have a lunch break and time to relax and enjoy nature. Waterfall is located on the slopes of the Mountain Beljanica at about 380 meters above sea level and it is one of the tallest waterfalls in Serbia with height of 20m. The spring with water course and the waterfall make Geo-morphologic complex of picturesque beauty and providing the unique natural value of Serbia.

After lunch we depart to Ravanica monastery on Kučaj mountains near city Ćuprija. It was built in 1375–1377 as an endowment of prince Lazar of Serbia, who is buried there. The Ravanica church is called the birthplace of the new artistic movement “Morava school” due to its architectural and artistic features. It is original blend of the Mount Athos and the cross-in-square five-domed model that became standard in the time of King Milutin. Ravanica was declared Monument of Culture of Exceptional Importance in 1979, and it is protected by Republic of Serbia.

Transfer back to Belgrade. 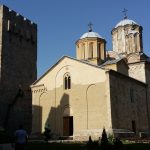 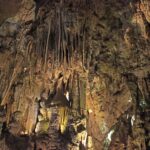 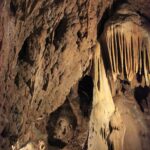 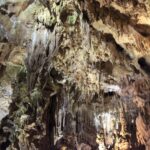 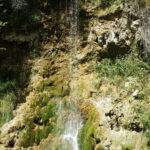 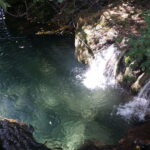 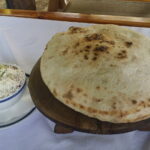 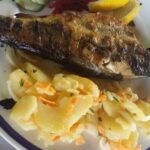