Arrive to the Belgrade Airport. Drive to Ljubljana – Capitol of Slovenia and check-in to the hotel. Dinner and an overnight stay in Ljubljana.

After breakfast we will take a walking tour of Ljubljana city center where you will be able to admire the picturesque architecture. You will visit the City Hall, the Cathedral, the spectacular Plečnik’s Market, the famous Preseren Square with its Triple Bridge and many other sights. After the tour we depart for Bled, where we will take a sightseeing tour of the emerald-green Lake Bled. You will also visit Bled Castle and admire the beautiful panorama of Bled from the castle terrace. Lunch and then departure for Postojna Cave, the biggest cave in Europe open to tourists. Ride on a miniature electric train through the fantastic underground world, enriched with beautiful stalactites and stalagmites. After this breathtaking sightseeing, we return to Ljubljana. Dinner in the hotel and an overnight stay in Ljubljana.

After breakfast, we depart for Zagreb, the capital city of Croatia. Upon arrival you will visit and admire many historical and cultural buildings such as Ban Jelačić Square, Tkalčićeva Street, King Thomas Square, Zrinjevac Park, the open market at Dolac, the Cathedral and other sites. Lunch and then we move on to Plitvice National Park. You will visit one of the best known of Croatia’s national parks, one of the most beautiful natural sites in all of Europe and take a guided tour among the lake’s many waterfalls. This amazing part of Croatia is also on the UNESCO World Heritage List. After visiting Plitvice, accommodation is provided in your hotel, with dinner and an overnight stay in Zadar.

In the morning we will visit Zadar, where you will admire the old architecture, St. Donatus Church, the Square of the 5 Wells, the famous Sea Organs and many other sights. Lunch and then we leave for Split. Upon arrival, there is a guided tour of the city built by the Roman Emperor Diocletian. You will visit Diocletian’s Palace – one of the best preserved Roman Palaces, which is known to the world as a “still living palace”, as modern shops and citizens live and work inside the walls of the ancient palace complex. After sightseeing, you will have some free time to experience Split on your own. Accommodation is provided in your hotel, with dinner and an overnight stay in Split.

In the morning, departure for Mostar, a beautiful old town in Bosnia, with interesting architecture and the famous Old Bridge over the River Neretva. After the short stop to admire the bridge, we will have lunch and then continue on our way to Sarajevo, the capital of Bosnia and Hercegovina, the city that even the famous Walter defended. We will have a guided tour through the city. You will visit Baščaršija, Beg Mosque, the most typical of religious buildings in the Balkans, as well as the City Hall and the Principles Bridge. Accommodation in your hotel, dinner and an overnight stay in Sarajevo.

Departure for Montenegro. On our way, we will stop for lunch in Trebinje. Arriving in Montenegro you will visit two pearls of the Adriatic – Kotor and Perast. Both offer magical old city centers, with beautiful palaces and squares. After sightseeing, we continue to Tivat where you will visit the now famous Porto Montenegro, one of the most popular seaside resorts of the Adriatic region. Accommodation in your hotel, dinner and an overnight stay in Budva.

Budva is a beautiful city that is among the oldest on the Adriatic coast. You will visit its Old Town and the surrounding beaches. After breakfast, we will depart for Durmitor National Park, the green gem of Montenegro. You will visit the canyon of the River Tara, together with its famous Đurđević Bridge, where the famous movie “Bridge” was filmed. Lunch and then we continue on to the National Park to visit one of its famous 18 lakes. Dinner and an overnight stay in Žabljak.

After breakfast, you will have a guided tour of Durmitor’s Black Lake. Black Lake is the premium tourist attraction in the Durmitor area. It is the largest and the best known of the 18 glacial lakes on the mountain.
Lunch and then we continue on to Zlatibor, the Serbian mountain & SPA resort with the longest tradition. The average altitude is 1000 m. The miraculous Zlatibor climate is beneficial for the treatment of bronchial asthma and other allergic diseases, heart disease and anemia. Accommodation in your hotel, dinner and an overnight stay in Zlatibor.

After breakfast we drive to Mokra Gora Mokra Gora meaning the Wet Mountain, is a village in Serbia on the northern slopes of mountain Zlatibor. Village become popular after a reconstruction of a narrow gauge railway called Šargan Eight which is unique in the world. Railway that passes through 22 tunnels, over 5 bridges, and overcome the altitude difference of 300 meters, on a total distance of 15 kilometers, was once connecting Belgrade with Sarajevo. We will board the famous dinky train Nostalgia – created in old-time style, so you can feel that old atmosphere while sitting in its authentic cars with wooden seats, smelling fume from its wood burning stove and hearing the rumble of its wheels and go for a ride along the most exciting section of this narrow gauge line. During the ride, the train makes a few stops so you can take some fabulous photographs and enjoy the views.
After ride we will visit the ethno village “Wooden City” (also known as Drvengrad and Mećavnik) built as a setting for “Life is a Miracle”, Emir Kusturica’s film. The amazing village was until recently just a couple of salvaged traditional wooden houses on a bluff above a spectacularly beautiful valley, but has been transformed into a modern equivalent of the medieval great monastery or university made of natural materials, mostly from wood. In the newly built town you can find streets and squares, hotel, few restaurants and bars, congress center, library, Serbia’s most advanced cinema, church, large indoor swimming pool, saunas, gym, tennis court and an underground basketball arena. Once a year town hosts the annual “Küstendorf” Film and Music Festival with famous guests from all over the world (Johnny Depp, Monica Belucci, Jim Jarmusch and many others). Lunch on site.  After the visit of Wooden town we drive to Belgrade. Dinner and an overnight stay in Belgrade.

After breakfast, start the full day tour to Vojvodina. Visit Fruška Gora mountain and monastery Krušedol – a XVI century monastery which is considered for most beautiful monastery of Fruška Gora, and certainly with most important role of its time. It was a seat of diocese of Srem, which was later transferred to Sremski Karlovci. Relics of members of holly family Branković are placed inside of the church and many important people are buried there as well, such as two Serbian patriarchs and King Milan Obrenović. Drive to Sremski Karlovci, the spiritual and cultural center of the Serbs during the Austria-Hungarian reign. Walk through beautiful baroque center and the pedestrian area of Sremski Karlovci – Patriarchal Residence, Saint Nicholas Church, the first Serbian grammar school, the Orthodox Cathedral of Saint Nicholas, the Roman Church of the Holy Trinity, the Four Lions Fountain. Visit the Peace Chapel, erected on the spot where the Treaty of Karlowitz was negotiated. Visit a wine cellar. Short lecture about wine, traditional snacks and tasting of world famous wines of Fruška Gora. Lunch in Novi Sad or in winery in Sremski Karlovci. Continue with sightseeing of Novi Sad-it is a city rich in tradition and culture (Novi Sad is named 2021 European Capital of Culture), where everything flourishes and everything is preserved, most of all, the relaxed nature of the people. Long a center of Serbian culture, and sometimes called the “Serbian Athens”, Novi Sad is a city of art, science and entertainment. Begin your tour at the Dunavski (Danube) Park and stroll through Zmaj Jovina street and Stari Grad, the old town center.  Explore Liberty Square which is dominated by the Old Town Hall and the Catholic Church „Name of Mary“. Visit to the Petrovaradin Fortress – “the Danube Gibraltar”, the oldest preserved fortification on the Danube built during the reign of the Queen Maria Theresa, originally built to defend against the Ottoman Turks, but now home to summertime festivals and beautiful views of the Danube and city below. Optional visit to underground tunnels in Petrovaradin Fortress. Depart Novi Sad in the afternoon and drive back to Belgrade. Dinner at the hotel. Overnight.

After breakfast and check-out from hotel, we go to Belgrade panoramic sightseeing by bus followed by a walking tour of the city centre. The tour includes following sights: Kalemegdan fortress, Assembly of the City of Belgrade, National Assembly, Republic Square, Terazije Square, Old and New Court, Slavija Square, Temple of Saint Sava (largest Orthodox Church in the Balkans). Visit to the House of flowers. The House of Flowers is a resting place of former Yugoslav president Josip Broz Tito and it is a part of the Museum of Yugoslav History Complex. This is the most visited museum in Serbia, an important symbol of a time and ideology, which ruled in the region for almost 50 years. While visiting House of Flowers, we will see Tito’s tomb, collections of Tito’s army uniforms and batons used to transefer birthday greetings from all part of Yugoslavia as well as gifts that he received from all over the world during his rule. Transfer to airport. Departure flight 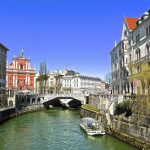 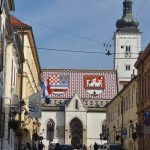 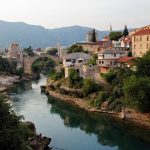 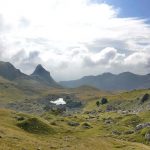 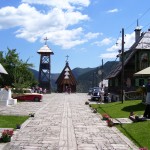 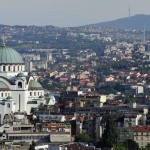