Along the Danube – Golubac Fortress, Lepenski Vir and Donji Milanovac

Today we will journey down the Danube, to the Đerdap gorge and “The Iron Gates”, the largest and longest water breakthrough in Europe which is the biggest European archaeological open-air museum and also a natural botanical garden.

We begin our tour by visiting Golubac Fortress, located 4 km downstream from the modern-day town of Golubac, built in 14th century and stands as a guard on Danube to the entrance of the Iron Gate’s. This fortress with nine impressive towers became the object of many battles during Middle Ages, especially between the Ottoman Empire and the Kingdom of Hungary. It changed owners repeatedly, passing between Turks, Bulgarians, Hungarians, Serbs, and Austrians, until 1867, when it was turned over to the Serbian Knez, Mihailo Obrenović III.

After Golubac, drive to Lepenski Vir, archeological site located in the Đerdap Gorge. It is the location of one of the most important prehistoric cultures and archaeological discoveries that have changed our knowledge about the early Stone Age in Europe. There are remains of religious architecture dating from 6500 to 5500 BC that can be seen on the site.

We will continue to Kapetan Mišin Breg farm for a lunch consisting of local specialties. The Eco-ethno complex, named after a local sailor and philanthropist – who was the second richest man in Serbia in the 19th century, is situated on a knoll 173 meters above sea level and offers a beautiful view of the Danube River and the town below. Within the compound you will find an open air gallery called “Man, wood, water,” which is a collection of sculptures made of wood and stone and a wine museum that opened in 2013. While enjoying the enchanting views of the Đerdap gorge complemented by culinary specialties and the sounds of wooden flutes, you can listen to a story about the history of Porec, or hear about the tradition and culture of the Đerdap cuisine and the way of preparing this traditional fare. You may even learn the secrets of Vlach bread and the bygone Đerdap caviar.

After lunch we will visit Donji Milanovac, small city situated right on a coast of Danube, 6km from restaurant. From its founding, Donji Milanovac was moved twice. Milanovac was founded in the 19th century on its original site on an island on the Danube river. In 1830, due to frequent flooding, Prince Milos ordered the town be moved to the nearest, right bank. It became the first town in Serbia built by architectural planning. After construction of the “Đerdap I” hydroelectric power station in 1970, the town was moved again to its present location. Beach area in Donji Milanovac is a popular camping location as, due to the climate, there are no mosquitos. Town is located on European bicycle corridor.
Transfer back to Belgrade. 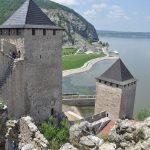 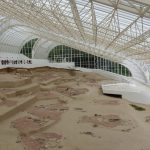 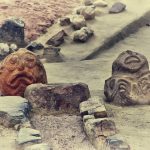 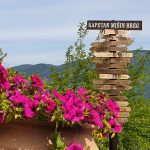 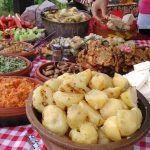 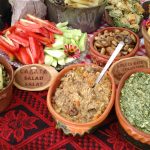